Xena is an independent woman who recently started her own school in Brooklyn, NY. She is an introvert, does not go out much, but receives sexual maintenance from a neighbor whenever she wants. A chance meeting with Xavier, who is a rich play boy that likes to invade her space, bite and spank her. Xavier is a venture capitalist, who owns many businesses, buildings and has ties with people all around the country. He is used to getting what he wants from women and despite Xena’s defenses; he seems to wiggle in and momentarily traps her under his spell.
After their first meeting, Xena spent most of the time running away, but still somehow felt drawn towards him. Soon she gave in, liking that Xavier was possessive and showed her an abundance of interest. However, there were several times where he crossed the line. Eventually, his possessiveness goes from endearing to overbearing, and trust becomes an issue. Needing space, Xena heads out of the country to clear her mind. However, on her return she learns of Xavier’s hidden secrets that put her safety in jeopardy.
Will Xena be able to forgive and forget the wrongs that have been committed against her privacy. Will Xavier become the man that Xena needs and win the battle between lying to her again and telling her the truth? Will he risk giving up his obsession to possess her in order to prove how he truly feels?

Xyla Turner was born and raised in Brooklyn, New York. She has always been a writer, even as a teenager, she wrote short stories and essays that won awards and nation-wide competitions. Xyla is an avid reader of romance novels and a sucker for sassy females and dominant males. She is a lifelong learner, Vice-Principal at a Brooklyn High School and a pretty good Auntie. Outside of reading, Xyla likes to spend time with her family and friends, experiment with dangerous adventures and travel. She writes different genres, but her favorite is contemporary romance.

Xyla has her Bachelor’s degree in Education and Masters in Education Administration. She is also a web designer and a Life Coach. She will forever be an educator, innovator and entrepreneur.

Hey, my name is Xyla Turner and I am brand new to the Romance Literary World. I am an avid reader of contemporary romance novels, including some of my favorite, R.L. Mathewson, Kylie Scott, Maya Banks, Sylvia Day and Kristen Ashley. Currently, I worked at a high school in Brooklyn, NY as a Vice-Principal. My students are the best, funny, and keep me young. I have a bachelor’s and master’s degree in Education and in the near future, I plan to take some classes to start my Life Coaching Practice.

Even when I was young, I have always been an avid reader. In grade school, once a month, they would pass around the book catalog and every month, I would highlight each book that I wanted. As I grew older, I became an avid R.L. Stine and Babysitter’s Club fan. Even starting my babysitting business and charged my mom every time I had to watch a sibling. As you can see, I’ve always been business-minded and ambitious. Through high school and college, I read more for school and not for leisure, except the occasional Terry McMillan, Eric Jerome Dickey and Sistah Souljah.

In 2013, I made a major transition in my life, which required me to be on the road for extended amount of hours, so Audio Books would halp me get through the five-hour drives. Once I reached my destination, I would sit in the car to finish the book. At the time, I did not have cable or a television, so reading became my hobby again. When I stopped traveling, I finally started to use my iBooks app and spent probably over a $1000 on eBooks.

One evening, as I finished two Romance eBooks, I felt like I was not being productive. The Xyla Turner productive. So, I made a pact with myself that for every three books that I read, I need to write one. Well, after writing my first romance novel in four days with little sleep and aching fingers, I knew after 55,000 words, I could do this. I had come to learn after a few months, it was not the most well written novel, but it was done. After I finished this, I started writing another one that took me a week, then another that took two weeks and finished the fourth one that took three weeks. The more I wrote, the more I started to get better, develop the characters, fall in love with their stories and I found myself making time to write on the train, at lunch, in the car (audio), and parking lots. So, I guess there is no need for a pact anymore.

Now, I spend my time promoting and editing. I plan to continue writing between book releases, until I run out of stories. Two of these books will become a series and one of them, The Chase, will have a Part II. My writing will fit under the category of African-American Romance, Contemporary Romance, Women’s Fiction, and Interracial/Multicultural Romance. All of my books have social nuances embedded within them, because that is who I am as a person.

I foresee myself continuing to write, not just romance, but other genres, now that this has become a reality. Currently, I have nine semi-finished non-fiction books, a comedy and a memoir that I wish to finish by the end of 2016.
Posted by Unknown at 3:28 PM 12 comments: 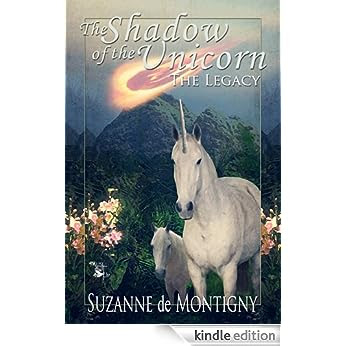 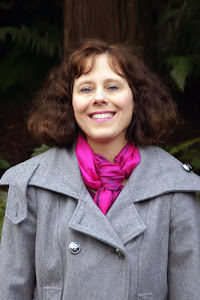 BIO:
Award winning author, Suzanne de Montigny, wrote her first novella when she was twelve. Years later, she discovered it in an old box in the basement, thus reigniting her love affair with writing. A teacher for twenty years, she enjoys creating fantasy and paranormal for tweens and teens. She lives in Burnaby, B.C., Canada with the four loves of her life – her husband, two boys, and Buddy the dog.

So what is it that makes people intrigued with unicorns? Is it their beauty, their majesty, their grace? Or is it their magic? But more fascinating yet is why is it impossible to find unicorns anywhere except as statues or on coats of arms? Find out when you read Suzanne de Montigny’s The Shadow of the Unicorn series.
Watch the book trailer for her award-winning novel, The Shadow of the Unicorn: The Legacy, book one. http://youtu.be/St9OsyK974o

Then watch her most recent release, The Shadow of the Unicorn II: The Deception.
http://youtu.be/xZgQSBowrFE

What’s great about these books is that Ms. de Montigny donates half of all her proceeds to the Third World Eye Care Society, a group of eye specialists who travel to third world countries delivering thousands of pairs of glasses and performing surgery for free. Ms. de Montigny was directed to TWECS by her ophthalmologist when she developed a visual impairment that has now been mostly cured as a result of good eye care. Because she has two foster children in third world countries, she knew how difficult it was to get the proper eye care she received, and so decided to give back.

The Shadow of the Unicorn also comes with a reproducible study guide for free download from her website. http://www.suzannedemontigny.com. Second guide to come soon.

The Shadow of the Unicorn II: The Deception

The Shadow of the Unicorn: The Legacy
Amazon:
http://www.amazon.com/Shadow-Unicorn-Legacy-ebook/dp/B00AIVD5EE/ref=sr_1_1?s=books&ie=UTF8&qid=1382648545&sr=1-1&keywords=the+shadow+of+the+unicorn%3A+the+legacy

Muse It Up Publishing:
https://museituppublishing.com/bookstore2/index.php?page=shop.product_details&flypage=flypage.tpl&product_id=466&category_id=69&manufacturer_id=230&option=com_virtuemart&Itemid=1

H.A.L.F. The Deep Beneath by Natalie Wright Author Guest Post 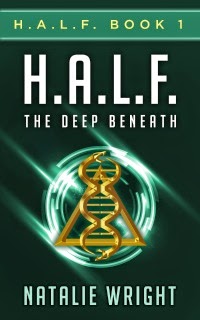 Some writers conceive a character first then build a story around them. I, however, tend to have an idea for a plot first then create characters to people my new world.

The plot for H.A.L.F.: The Deep Beneath came to me nearly whole in a flash while I was driving. I hurried home and jotted down my idea in a few quickly scribbled pages.

But a story is nothing without characters. I wanted the female lead character for H.A.L.F. to be very different than Emily Adams (the main character in my first series, The Akasha Chronicles). What fun is it to write the same character over and over again?

I started with physical traits. Where Emily is somewhat tall and lanky, Erika is small and scrappy. Emily has red hair and fair skin of Irish descent. Erika has dark hair (nearly black), brown eyes and mocha skin from her Latina mother.

Emily Adams from The Akasha Chronicles

Emily runs for fun. Erika only runs if something is chasing her.

But the contrast between the characters doesn’t stop at physical features. While Emily wants nothing more than to fit in with her peers, Erika could give a rat’s hind end less what people think of her. Emily’s journey is to find confidence in herself. To own who (and what) she really is.

Erika knows who she is, and if someone doesn’t like it, they can kiss her …

Well, you get the picture.

As I reflect on the two lead female characters I’ve created, I think Emily more closely resembles how I was on the inside when I was a teen (and perhaps still am to some degree). Erika represents what I aspire to be: self-assured and confident.

But both characters are brave as heroines need to be, and far more courageous than I will ever be.

The beauty of writing a series is the thrill of seeing how the characters grow and change. Erika has confidence in herself, yes, but sometimes even a self-reliant person needs to accept help.

Erika’s growth as a character has only begun. I’m excited to see where she’ll be four more books from now! ;-)
Posted by Unknown at 9:17 AM 1 comment: 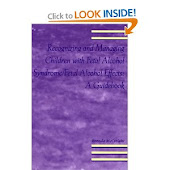